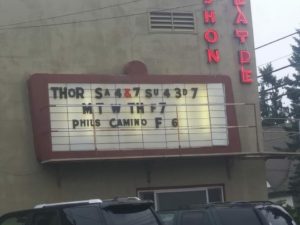 Tomorrow we’ll talk about this.

I cracked open FaceBook this morning with breakfast and saw something interesting. A guy from Gettysburg, PA is trying to get a hold of me. He had a name that I readily recognized as one of my school chums from New York but was it really him? So, I look at “About” and there it was “Maryvale Senior High School”. OK, hello Jim, long time.

I remember once the Gideon Bible outfit came to our school to give out Bibles. I still have mine. Gideon International is famous for trying to get a bible in every hotel room. Look in the drawers next time you are traveling and check. Anyway, I remember getting caught in a stampede as nine hundred students crushed into the lobby hungry for the Word. I’m not quite sure that would happen these days.

Here I’ve told two stories and I haven’t gotten to the one I wanted to tell. This sort of has to do with Jim, remember Jim. He was living in Nortern Arizona at the time and a Marine buddy and myself were visiting him. My buddy and I decided to test ourselves by doing some climbing in a nearby canyon. Here is the deal, we had a rope and a book on knots. We weren’t maybe the sharpest knives in the drawer.

So we worked our way up till I remember sitting on this little ledge with my feet hanging down and having this bird land next to me and looked at me like I was from another planet, guess he didn’t get much company. I’m communing with this creature and all of a sudden he dives off going straight down and just disappears in the distance like some deal in a Roadrunner cartoon. It gave me a sudden appreciation for my situation.

So, now as I am approaching the door of my seventieth birthday I don’t feel like I somehow have to manufacture danger. There is plenty around here for everyone. Well, that is it for now.
A quick shower and a walk after that. Love you dangerously, Felipe.

« Something Going On
My Big Day »

7 thoughts on “Just A Story”