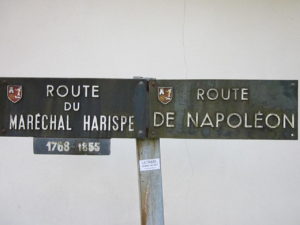 Our moon is in is waxing crescent, 10% illumination.

Here is a idea that I have been thinking about for years really. I just got brave enough to broach the topic. How many times have we heard the phrase, “smelly pilgrims”. Yea, fairly commonly. There is even a reference to it in Walking the Camino, Six Ways to Santiago.

But our point of reference, or viewpoint is from the normal world where our bodies are soaped and scoured, deodorized and powdered. And where we seldom sweat anymore with wrangling only computers all day long. We are sanitized and shined up from stem to stern. That is where we think from. We would sooner die than be smelly.

But consider the Camino and the major lack of deodorants and other related products. I can remember seeing deodorant once in a month. And I didn’t have any. No one was going to carry that. They might have a spray for bedbugs that they were willing to tote. We all most of the time had a quick shower in the evening everyday and half of that time taken up by washing our clothes in there with us.

The emphasis was not on dressing up for the prom to say the least. But what if this was a plus in a way. What if we were able to begin to communicate with each other with these normally taboo odors. I believe that there was a channel open that we were not used to. There was communication going on that maybe was only picked up by the subconscious.

Debra my friend came to the Institute to visit today. I was telling here about this crazy idea that I was writing about today. And she encouraged me to continue, saying how about the ability of smells to take a person back to the past. And yes, everytime I smell a pansy I am instantly transported to my aunt’s flower garden 60 years ago. Yes, like time travel.

And the Camino itself had more smells then we are probably used to with pigs, chickens and cows all over the place. That was the ambiance. Yea, consider the role of smells.

Off I go, ferry ride just about over.

16 thoughts on “The Smelly Pilgrims And A Theory”