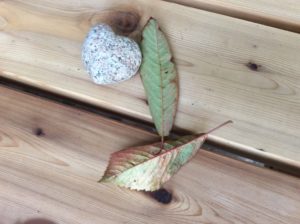 Sometimes inspiration for writing this blog is hard to come by and other times like today I have three ideas to work with. Maybe I will do all three. Let’s see how that goes.

I had a dream in the early morning. It was one of those that you awake from and you are so glad when it dawns on you that it was “just” a dream. It was a quagmire dream where I was working on something that was difficult, heavy, wet and I had no idea what I was doing. It seemed endless with no way out. And there was no obvious danger, no obvious dragon or bad guy to focus on. Yike.

On thinking about it later it seemed sort the opposite of pilgrimage. I suppose pilgrimage could encompass all those things, heavy hard work, being wet, seeming endless. But somehow there is so much inspiration and encouragement that carries one along. And having the goal of the destination gives one a focus. The feel of the pilgrimage seems totally opposite although maybe the challenges could be similar.

Then today we had one of the men at church collapse in the middle of the service. I never did that. That’s a joke because there is a scene in Phil’s Camino where I take a nose dive and fell into the arms of Grace, Gracie my walking partner. This was in a church in Spain after a hard day walking. I just had a long conversation about that incident with Catalina our art historian discussing the details.

Then as I was leaving church I was talking to a friend whose young daughter is walking the Camino Frances right now. And the first day out the daughter shows great compassion and becomes a Camino Angel. She is coming down the last slope of the Pyrenees into Roncesvalles alone and finds a woman in panic out of water and probably low on blood sugar. She stops and tends to the others needs, shares water and food and shepards her down and into town. Beautiful, exactly right move. There was one proud mom that I was talking to there outside of church.

Sunday September 11. Let’s all say a prayer for all those involved during that period in 2000 or was that 2001? Doesn’t matter really. Love you, Felipe.x