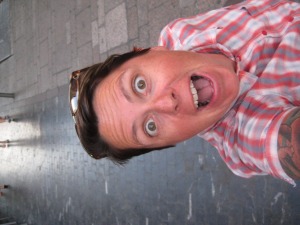 There is only one and we love her so.

However, there have been times when the injustices of the world would make me angry and emotional. So much so that it would become an unhealthy state for me to be in.

Whilst on Camino I asked, how can I stop being so emotional and angry about the injustices in this world? I knew that if I wanted to live healthier and happier I needed to resolve this.

My third night in Spain I had a resounding dream. I had been telling some attractive woman I was walking the Camino. The last words I remember hearing from her were, “watch out for the unforgiving meadows”. I awoke suddenly, it was still the middle of the night. I remember thinking that it was somehow significant but couldn’t quite see why at the time.

It was over a week later that I realised, forgiveness was the answer. I had to forgive the unjust, the unfairness of the world and then I wouldn’t be so angry, so emotional.

Forgiving doesn’t mean that I condone these unjust actions. And I’m not going to stop fighting for justice and equality when necessary. It just means that I can live healthier and happier when I forgive those who have hurt others.

But more importantly I can also live healthier and happier when I forgive those who hurt me, including myself.