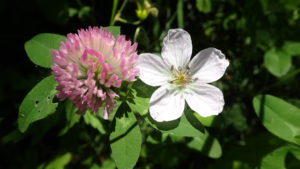 Yesterday I tasked myself with fixing the illumination in My Rebecca’s car’s dashboard. I can put up with inconveniences like that personally but it was driving her crazy, no speedometer, no gauges. So yea, I tackled it and it took me all day and fifteen dollars.

Lucky for me there is UTube and I did consult a number of gearhead geniuses. One guy, Ken maybe, that was probably a nice guy really but I wanted to strangle him after listening to his 8 minute demo 9 times. But he did give me the idea that I didn’t need the special Ford tools to do this. That is all I needed to hear because two butter knives, two 16 penny nails and two crochet hooks (different sizes) later I had the “cluster” out and fixed and back in.

Cluster is what they call the unit with all the gauges and electrical gizmos that sits in front of the driver. It is sort of the nerve center, yea brain surgery baby! So the idea of Ken’s demo was that you could take out your cluster and send it in to his company so he could fix it or sell you a new one. Of course the name of his outfit was Cluster Fix which totally cracked me up, like that is what the year 2020 needs a Cluster Fix!

So, here I am with my head in a 2 cubic foot area of the wife’s car. That is all I am thinking about for the whole day. That is my reality, my cluster fix. And Pilgrim Farmer John our CHBC comes along to report on this catastrophe in Iowa, caused by straight line winds. Damage of crops and buildings to the extent of 10 million acres. I just did the math and that amounts to a strip across the entire state of Iowa sixty miles wide! Fortunately John’s farm and property of his children were not in that zone. But that is huge and terrible and on par with all the other stuff this year. They need a Cluster Fix for sure.

« From Kevan About Carl
From Rho On Your Friday »

2 thoughts on “When Small Is Big”