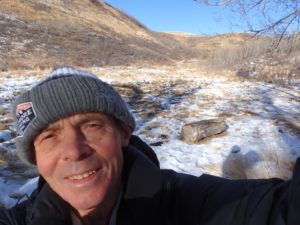 We had a visiting priest at Mass today since Father David is off on a little vacation. Father Fred, his cousin filled in. So much fun to see different Fathers, all with the same basic message but with way different styles.

Father Fred was speaking about prophets although I confess I had a hard time hearing every word. But later after the service four of us and then five gathered to tailgate at the local supermarket someone called us the Prophet Circle. Wow, OK, I can run with that.

Jim my old high school buddy was with us. Had to drag him along but he was pretty willing. We actually both grew up at the local Lutheran Church, St Luke’s, in Western New York. We used to stay up practically the whole night partying and then would say, “See you in church!” which would be in a few short hours. Somehow we pulled that off week after week in our skinny ties and Hushpuppy shoes.

Catherine is making chocolate chip cookies today. Isn’t that a great little sentence! It is a little bit of local news that just kind of stands by itself without all the fanfare. It just is what it is. So, we decided that our buddy Kelly needs a visit from us and one can always get in the door bearing a bag of cookies. Kelly had surgery recently and needs some TLC.

Yea, Pro Bowl today. And then later we have our Sunday afternoon walk. Then this evening I need to make the run to the airport. Thanks for stopping by.
Always have time for you. Prophet’s love, Felipe.

« Watched A Movie
Striving For Connection »

4 thoughts on “The Prophet Circle”