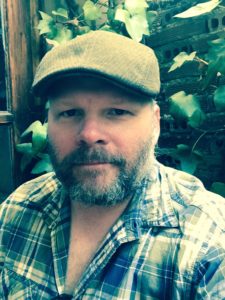 No Hope = Riots
Hope = Dancing in the streets

I moved to the D.C. area from my beloved Poulsbo, WA in June this year.
In July as I walked around the White House streets in Lafayette Square, the tension was insurmountable in D.C. . You could feel in the air that at any split-second people could start rioting, and the Secret Service would be enforcing the gates of the White House…
No one was happy. No one. It was a build-up of the last year, the last 4 years as well.
The fence around the White House had hundreds of pictures of folks of all races attached to it. I saw one picture in particular that looked familiar. It was a picture of a man that was shot in Poulsbo last summer. Shot in the park next to the marina, next to my boat. It seems like that was the start of the year to come.
Last weekend, I went to the same Lafayette Square Park, as I go into downtown D.C. with my Segway scooter and zip around the city often. When I approached Lafayette Square, which is not blocked off, (Black Live Matter BLVD is now the closest you can get) ……it was different..
The tension was not there. In fact, people of ALL races were literally dancing in the streets. Dancing. (“Everyone around the world, people dancing in the streets” was blaring on a stereo speaker and doezens of small groups of people were dancing and singing along with this song…even some of the police).
The Riots had literally turned to dancing. People were so happy, even the reporters and camera crews.
It can be hard for some folks to read this and not get political. I understand that. What I can offer to you though is simple……when rioting turns to dancing, there is something to be said of that. HOPE.
People need hope. Empathy. Love.
Spain
I think many of us had travelled to Spain to walk the Camino because we needed the same things….
I feel as if a mental weight had been lifted in the past week. I am not minimizing the thoughts of the other half of America, but for me, the effects of the last week is the same feeling of having a warm cup of hot chocolate on a cold winter’s day. Like hearing noise and then you put on the noise cancelling headphones and it is calm…like the sound under water in a swimming pool, calm.
I felt the same way on the Camino. The noise of my life was muffled by nature. By foot pain. By day after day of sweltering, July 2017 heat. By kindness of people. By laughter. By amazing tapas. By town after town of celebrations and people dancing in the streets….

(Our moon is a waning crescent, 4% illumination)

« The Night The Whiskey Froze
An Orderly Retreat »

4 thoughts on “Ryck CEBC, Fresh In From Washington DC”