The film crew has landed here on Vashon Island.  They are at Kelly’s albergue for the night.  They had dinner there last night and a big old dilly dally happened afterward.  Rick and Carolyn and Rebecca and myself were there.  What a great bunch of people.  We were a few short of a cosmic quorum but we had a great time anyway. 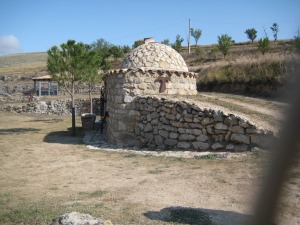 We were there although recalling there is sometimes difficult.

Annie O’ Neil will be joining our merry band and we will descend on Sister Joyce’s office in Seattle for a film shoot later this morning.  All good.  Spent two hours with Sister Joyce and then back to Vashon to film outside along the Camino in an unexpected sunbreak.

We had a big dinner with all of us at our place and talked and laughed till we couldn’t anymore.  Then off to bed and another day awaiting.  Really hard to write this post when ther is so much going on but of course that is the way it was in Spain.  Love, Felipe.