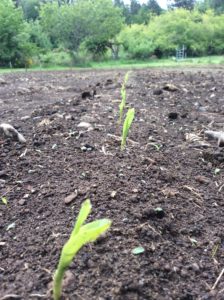 A death of someone that I know from cancer puts me in a certain mood. And the death of someone young that I know to cancer is the worst. And I heard of this event from My Rebecca who is likely to be the first to know on a lot of matters. And well really she was a lot closer to this fellow than myself but I have met him and talked with him. He has been at this for years now.

I feel the need to mark this moment for me/for us with the retelling of a particular vision that I was privileged to have. This was back early on in my cancer career back when Sister Joyce was first my spiritual advisor. I am so glad to have had her there for me then. She fielded this vision for me. In other words she caught this vision and cleaned it up and tossed it back to me in an understandable form. She recognized it as I unpacked it and clarified it for me.

This message that I received was partially “worked on” by me. I had a part in it but only a part. And it remains the basis, the foundation of all that has come afterward in my life. This in itself is “enough” so to speak for me and maybe for you. You don’t need to have something as stressful as cancer to use this as it is a basic formula for a life well lived.

And this has been talked about by me on numerous occasions on this blog over the years but now I have come to the realization that perhaps it is the one major gift to give. If this is the last of my visions then that would be OK for this is enough.

Here it goes: I pictured that I had three lifelines that I was using to survive my cancer. Like three heavy ropes or three umbilical cords you could say. And I was braiding them into one like long hair is braided with three strands. This was a way that each would support the other is some way. None of the lines ever had to stand alone.

So, line one was all my family members and my doctors and nurses that were working for me and that I worked with now. Two was my church and my Bible Guys group that supported me and gave me such courage and hope. And three was simply the Camino which was a focus for my energy.

Sister Joyce clarified that by saying that I had discovered the three pillars of Christian life: Community, Faith and Service. Community and faith are fairly transparent and easily understood. And the Camino stood for my service. In other words the Camino was my job or how I gave back to the world, my gift. It was how I was to express myself.

Marvelous and goosebumps galore. And the part that I added was the braiding which strengthens the whole situation. This sounds like something I learned from boatbuilding. How to unitize a structure by having parts strengthen each other so it now acts as one whole.

Well, that is it, the main thing that I have learned. I put this out and dedicate it to my young friend who has flown away.

Time to get ready for my trip in to see Dr Gold and my friends at the Institute.