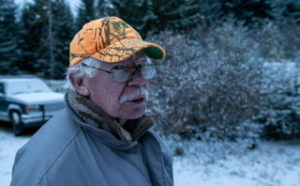 Felipé in the bush and barrios.
(photo J Hyde)

I am reading American Guerrilla in the Philippines for another time. I am on the last few pages of this book that I have read at least twenty times. It seems each time I read it I am doing something different. This time I am studying the various parts of it to see how they translate to my own life. Each event or chapter has an equivalent.

It is a great story of a US Naval Officer who lives out in the bush and barrios of Southern P.I. through the entire years of the Japanese occupation in World War Two. He chooses to make himself useful instead of blending into the background. It is daring and full of escapes and full of mistakes and things going bad but it ultimately somehow achieves victory as he outlives the invaders and gets recognized for his work. He over those years ran a radio network that fed information to the American Forces to facilitate the retaking of the Philippine Islands. A true story.

A true story and somehow to me a truer story in that it was a guidebook of a Way to deal with the invasion of cancer into my body. An allegorical tale that was of ultimate usefulness to me. The remarkable part to me is that I started reading and studying it at least ten years before my diagnosis, like I was training for it. That part is remarkably woo woo!

But even as it speaks to me it may be unintelligible to another in my same position. I have recommended this book to people but that may be a mistake as it may have been meant for me personally. But someone else may have another story that speaks loudly to them. And this is how I am looking at it as I reread it again.