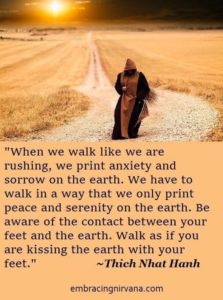 We have a lot to learn.

There is a Seahawks game on this morning and just back from Mass so I am going to blog away with the sound off hoping to accomplish two things at once. Catherine is coming over to join me watching at halftime. So, onward.

Last evening My Rebecca and I went to a “slide show” on the Camino by author Cathy Fulton. She walked the Norté as part of a trek around the world. Very impressive, her story. So I got invited to add something where I could. It was so hard to keep my two cents to a dull roar.

I was telling this to Catherine this morning as we drove back from Mass and she wanted me to write about it. Cathy the speaker and myself were the only ones who had done the Way and there were a dozen folks in the small audience. It always strikes me the divide that becomes apparent between the two groups no matter where it happens to be.

The folks who haven’t gone ask lots of questions about equipment, facilities, communications and routine. I probably left some categories out. But regardless the questions center around the engineering of the journey. And this is where I always have to bring up the “fact” that the original guys did this walk in burlap underwear. There seems to be something important to me about this. Just trying to steer rookies away from these physical concerns.

See what I am getting at? They are world’s apart. Not that I didn’t have rookie concerns beforehand, I did. But I did realize that there was the inner journey to prep for, to expedite.

OK, Seahawks 10 Eagles 3, second quarter. It’s not like I am beating up on rookies, just saying that they generally really don’t know what they are in for.

« Big Week Coming Up
No Walk Tuesday The 26th »

2 thoughts on “More About Burlap Underwear”