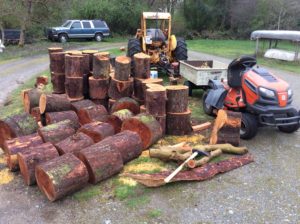 Just got back from my Bible Guys class.  We always have a good and productive time.  It’s a steady group.  We generally try to cover one chapter out of the New Testament each week.  Someone different studies up beforehand and leads every time.  Next week I volunteered to lead because it is a really dramatic if not important story.  It is Acts 9 the conversion of Saul to Paul, the great evangelist and writer of half of the Christian Bible.

This story is often called the Road to Damascus because that is where it took place.  Saul a heavy in the old paradigm meets Christ while he is traveling alone on his horse.  Saul has been persecuting members of the new paradigm and he is traveling north to continue his work in surrounding area.  He is knocked off his horse and temporarily blinded by this encounter with Christ, the new paradigm.   The experience is so powerful and instructive that Saul changes direction in his inner life 180 degrees, which is what conversion means, to change direction.

His inner life changes and then his outer life changes.  Saul becomes Paul the exporter of Christianity to the gentile world.  In other words he embraces wholeheartedly the new paradigm and becomes it’s biggest salesman to the known world.

We can’t hang around this life without getting thrown from our own horses sooner or later.  It’s how I view my encounter with cancer.  It could just as easily be a divorce, or death in the family or other major catastrophe.   But is that the end of the story for us?  Somehow we have to come up with a valuable ending, that’s one of  major our challenges really.

OK, off to split firewood.  I have some hours before the big Gonzaga game this afternoon.  Talk to you tomorrow, love, Felipe.

« My Month Of March Dream
The Beat Goes On »