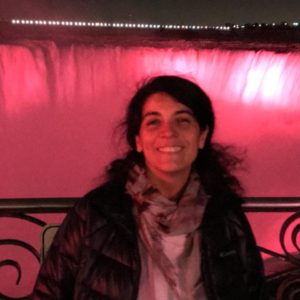 (Our moon is in it’s waxing crescent phase, 28% illumination.)

Believe it or not: smells are related to the Camino for a neuroscience reason.

It all starts at the moment of birth… actually, it starts at the moment of mating. There is one hormone called “oxytocin” (known too as the love hormone!) which is essential in all species to get attracted ones to the others; blessed we humans who believe that we get attracted ones to others through intelligence, charm and good looking!!! Indeed, there is much more… have you ever heard about “skin”? Yes, in addition, there are lots of other molecules (hormones, pheromones, etc.) which express through the skin… (I know, are you disappointed for all the money you spent in expensive perfumes thinking they will attract the lovely match?)

Let’s move a “successful” step forward from mating: now we have a baby arriving to this world. After labor, women secrete a skyrocketing peak of oxytocin that not only helps with milk production and the recovery of the womb but now we know that its most important function is to allow the recognition between the mother and the newborn, and guess what? This recognition happens through the skin and the smells. This is how a baby will always recognize his/her mother, and this is how the first memories of our experience as humans in this earth are made through smells. But this doesn’t end with recognizing the mother, oxytocin plays a key role in the establishment and preservation of bonds ranging from friendship to romantic relationships; basically, our ability to socialize and bond to others.

And from this experience on, a lot more of our memories as humans are made through smells. We probably don’t know it when we are building those memories, but rather we will remember we made them when time has passed and we find ourselves saying things like: “That smell of apple pie reminds me of my grandmother”, or “My mum used to wear that perfume too”, or like someone at one of Annie’s Pilgrim’s table said “The smell of my childhood is horse shit… ” Why is that? All seems to come to that first hormone we are exposed to, as the receptor in the brain for oxytocin is very very close to the hippocampus, which is the place where we store our memories. And the same happens with the olfactory bulb, the place were smells are recognized in the brain.

We grew up (or at least I did) to think that Hansel and Gretel found their way back home through leaving breadcrumbs in their way, but the reality is the breadcrumbs weren’t needed had they paid attention to the smell of the trees and the plants, and whatever their neighbors used to cook (dogs do this all the time, don’t they?) And how is that possible? It is because the hippocampus (remember?) is also a brain area important for spatial navigation, and it combines information about odors/smells and movement through space to create a memory of a journey.

And suddenly, we are talking about the Camino… and we are talking about memories of our pilgrimage through places, but also memories of our stinky pilgrim-being, the smell of the crowded albergues (a sort of combination of sweat, smelly boots, dirty clothes, just showered pilgrims and shampoo), the smell of incense of the botafumeiro, and the other leg of these memories is the relationships to other pilgrims, the bonds we created and the friendship that resulted (to the point we call it “family”, as if we were related… remember the recognition after labor effect?)… Again, how is that possible? You got it: oxytocin. And oversimplifying the whole thing, this is how the smells in the Camino don’t matter anymore… and instead they become part of one of the best experiences of our lives…
And let me share one last thing: the oxytocin is also called the “amnesia hormone”… somehow after the labor, this tiny molecule creates such wellbeing and enamoring that the pain of labor is forgotten… maybe it happens the same with the blisters and the tiredness of the walk… and this is why we keep populating the earth and dreaming of coming back to the Camino again and again… (and why pilgrims like stinky pilgrims of all sorts!)
But this is just a theory!

« The Twin Topics
A Friday Message From The Williamator »