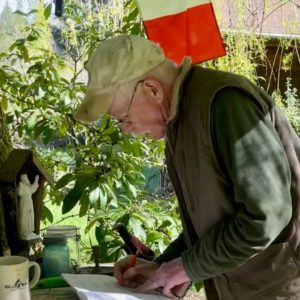 I have heard from the boss (AKA Phil), that the blogging injuries are getting better with the blogging rest, so it was a good thing that he accepted the PTO (Paid Time Off) for this week.

I was thinking actually that this year, Phil did not take his vacation in the Elk Hotel as he has been doing for years; if I am not recalling wrong, he left for their male hunting trip with Wiley and James (Wiley’s friend, also known as “The most interesting man in the world”) but they returned before planned. I am wondering how much the blogging injuries are related to the blogging act itself, or instead are related to the lack of vacation… or related to the lack of sleeping days in the Elk Hotel beds… or to spending some days outside the ranch sleeping in the cold… Maybe, sleeping in the cold provides some tension to the muscles that force the spine to align… or maybe the Elk Hotel beds do that…

You may think I have watched too many episodes of Dr. House (the TV series with the bad tempered, sarcastic doctor)… and while that is something I cannot deny, I a firm believer in the healing power of those activities that became our rituals, traditions and hobbies; that at practicing, they help us release all these endorphins, hormones and neurotransmitters, that are what create a healing environment in our minds and bodies.

I think we discussed this topic some time ago in the blog, didn’t we? It was when we were saying that many of us had awful blisters, muscle aches, bed-bugs bites and other maladies in the Camino, yet all of us are thinking on our next walk… that makes me think that the wellbeing-environment that walking created for us, healed us more than hurt us…

Back to the boss, while I have said that he would need to return to his desk on Monday, it seems that he wants to reincorporate to his duties on Saturday… so, I just would like to thank everyone for putting up with me these days! Phil is right when he says you are the best!

« A sea of tiny fires
Fessing Up »

4 thoughts on “Checking in!”