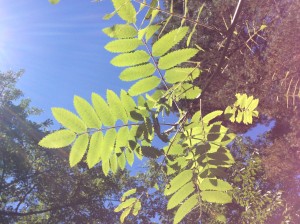 I went to my bible class this AM to study Matthew chapter five.  What an amazing time we had.   Generally we try to get through a chapter at each hour and a half session.  But this time we made it through six verses out of the complete forty five.  Not that there are time limits or referees but we try to move along, we’re guys.

The first part of Matthew Five  are what are commonly known as the Beautitudes which is the central teaching of Jesus and thus the central ideas of Christianity.  Very concise, very easy to understand.   Well, one would think.  Why then did we get hung up so?  We spent a lot of time on individual words and their translation from the Greek.   And we talked about the word “meek” for a long time.  It appears in certain versions of the Bible for “poor in spirit” as in ” Blesses are the poor in spirit, for theirs is the kingdom of heaven.”  We seem to all to a man been bothered by that word.  It sort of leaves that impression of a doormat.  Blessed are the doormats, yea really?

But to our relief we came up with this bit of wisdom from a guy named David Guzik:  “In the vocabulary of  the ancient Greek language, the meek person was not passive or easily pushed around.  The main idea behind the word “meek” was strength under control, like a stallion that was trained to do a job instead of running wild.”   Well that appealed to the guys, stallion right?

Well, that is kind of how things go around here.  We try to stay strong but humble, in shape but not proud.  Yup.  That’s it for now.   Meek loves, Felipe.

« Hither and Yon
The Tapas Of My Life »